Dragon System is an outstanding feature of Dragon Awaken. Players will be able to tame and train their own dragons to help them in the battle. Take care of the dragons from the eggs to becoming mighty creatures! It is said that the dragons were once the gods of this lands, so players might be surprised if they evolve them to their final form. 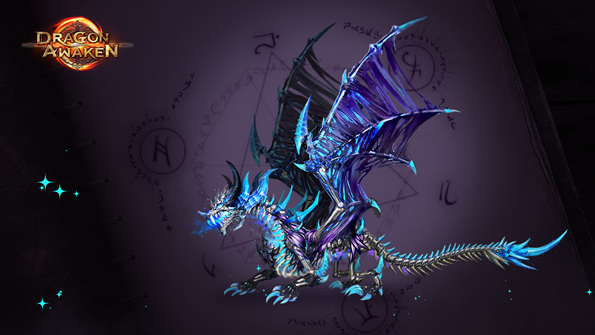 There are 6 different dragons: Flame Dragon, Rock Dragon, Tornado Dragon, Frost Dragon, Light Dragon (whose name was changed to be Garona because of the Dragon Naming Event) and Dark Dragon.They can be put into formation and fight with players, but only one dragon can be placed in the team. Each dragon has its own special ability and buff, and they attack enemies with their special power. Other dragons can possess players or heroes in the formation to give buffs.

Feed the dragons to upgrade them. Their abilities and appearance will change as they level up. There are three forms of each dragon, the whelp form, mature form and goddess form. All dragons can accompany players as a pet, and the mature form of dragons can be summoned as a mount.